Hey guys, welcome to my new blog post where I’ll be sharing my Top 11 Favourite YouTube Vloggers. I’m extremely looking forward to going back to the Philippines and it’s all thanks to these guys and their amazing art of Vlogging. Now I’ve got a serious travel bug!

It’s more Fun in the Philippines

For most of you who don’t know me personally, I was born in the Philippines but was raised most of my life, since 7 years old, in Canada. I was back for a very short period several years ago, but didn’t get a chance to see much.

There have been more and more visitors especially vloggers that are flocking to the Philippines simply because ‘It’s More Fun in the Philippines’.  Yes, this is the slogan from the latest campaign by the Department of Tourism Philippines. Without sounding like I’m writing a social studies report on my country, I’m gonna keep this short butbgive you a little education on the country.

Pearl of the Orient

The Philippines, also known as the ‘Pearl of the Orient’, is a Southeast Asian country with over 7000 islands. The main capital is Manila, where I was born, and is famous for the phrase ‘Thrilla in Manila’. (This was a boxing match between Joe Frazier and Muhammad Ali in 1975 which the winner, Ali, won the boxing fight earning him the title called ‘Thrilla in Manila’)

The country is surrounded by the Pacific Ocean and so travelling to neighbouring countries isn’t as easy as driving there. A plane ride or by boat is required.

A famous explorer named Ferdinand Magellan, a Portuguese explorer, who brought Spanish Fleet to the Philippines and started the Hispanic Colonization. You can even find a large memorial of the Magellan Shrine in the city of Cebu in the Philippines. The country became a part of the Spanish Empire for more than 300 years. The Japanese and United States eventually occupied the country until after World War II, when it was eventually recognized as an independent nation.

Tagalog and English are the main languages spoken in the Philippines, though there are plenty of dialects that vary by region throughout the country. Spanish was the official language during the Spanish rule, and so the Filipino language currently has many Spanish loanwords. If you know any Filipinos, you’ll find a large majority of them have Spanish surnames.

Alright, education is over. If you wanna learn more on the country, Google it my friend, coz there’s a lot of history there.

Ok now for the fun part, a list of my favourite YouTube Vloggers that I’ve been following and watching recently. These guys have covered a large portion of the Philippines and have vlogged their favourite hotspots in the country.

After seeing these videos, my ‘must visit list’ now include Coron, Bohol, Cebu, Siargao, Samar, Batanes, El Nido, and Boracay.

The quality and editing of these videos are amazing! Now I feel like I need to get my own drone so I can take amazing shots like these when I visit the Philippines. Who knows, maybe I’ll reach out to these guys so they can be my tour guide.

Without further ado, let’s get right to it! Let’s go checkout my favourite Philippines videos from these YouTubers.

I recently found out about these guys through some Philippine celebrities who hung out with some of them. I watched one vlogger and eventually learned about the rest of the friends that are part of this group called ‘The Fighter Boys’. These guys are mostly foreigners who now live or have extended stays in the Philippines. They each individually have their own YouTube channels and are scattered throughout the country but come together once in a while to go on a ‘Fighter Boys’ trip.

Now check out the rest of these amazing YouTubers!

So what do ya think? Hours of entertainment watching these videos! These are just some of my favourites. Go check out the rest of their videos. I’ll apologize ahead of time for keeping you busy with too much screen time. It’s so worth it though, you’re welcome!

Now, do you wanna check out Finn Snow’s top 10 favourite places to visit in the Philippines? It’s a must see!!

***This is not a sponsored post. I do not own any of these videos, video credits to their respective owners. 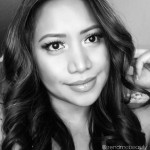 You may also enjoy:

This site uses Akismet to reduce spam. Learn how your comment data is processed.